How to rework your kitchen space 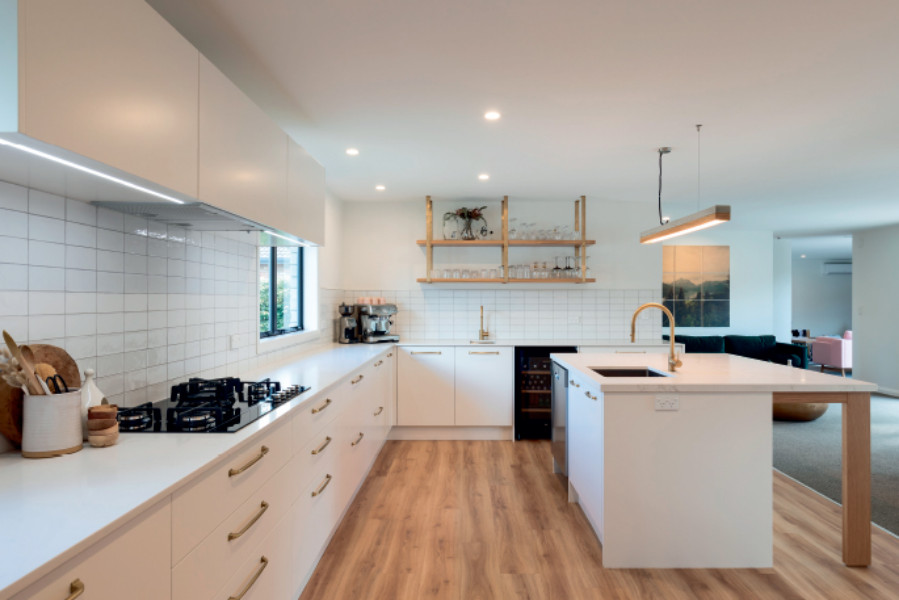 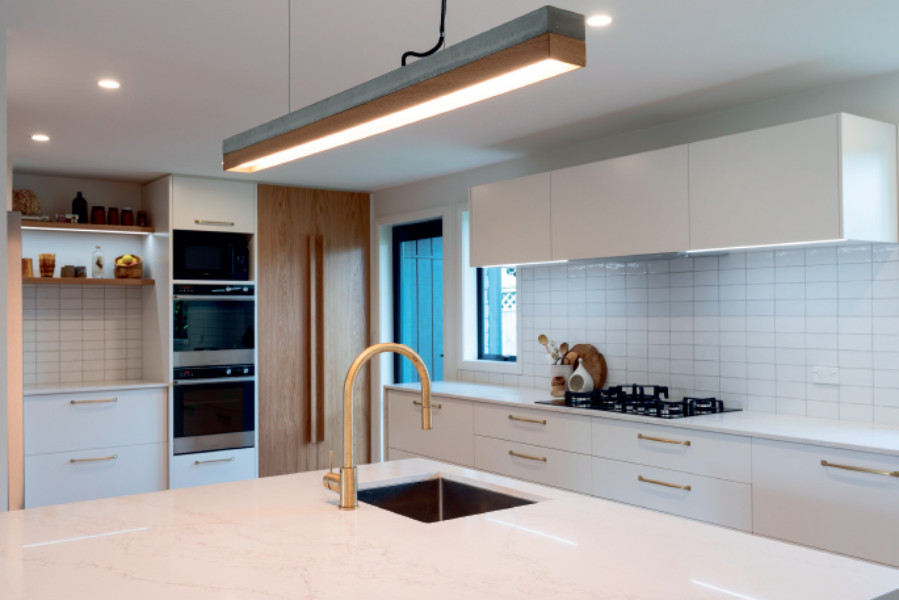 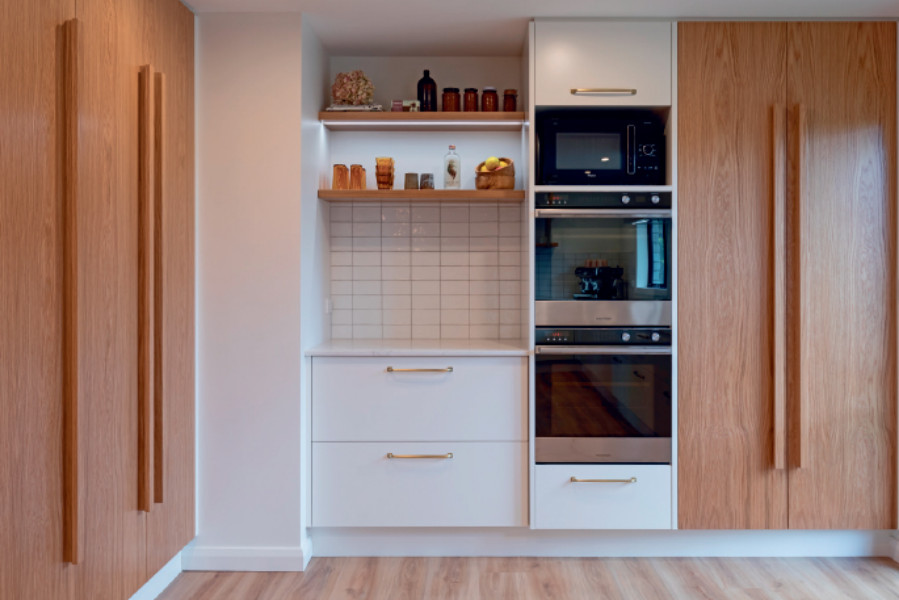 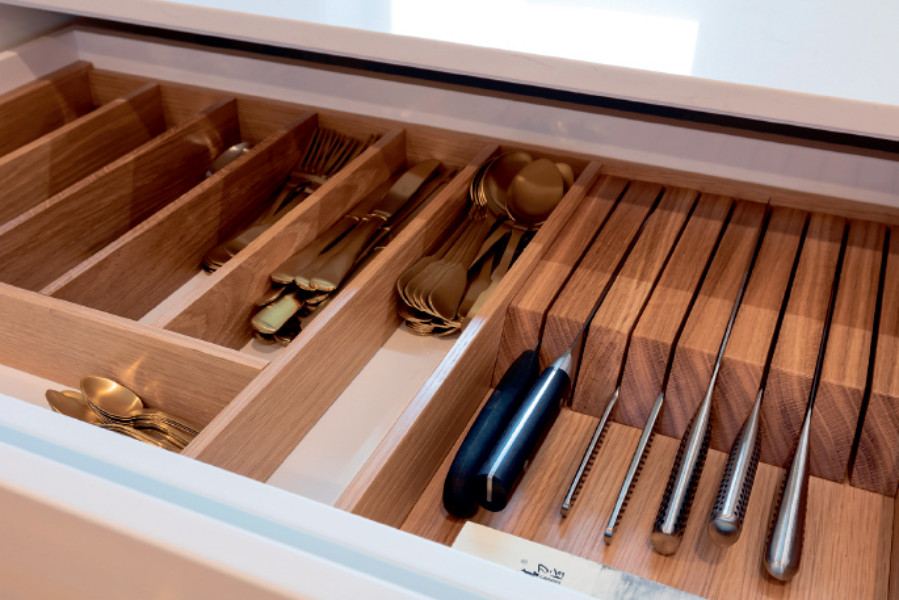 Our homes are our individual sanctuaries so if a particular space isn’t working for you, it’s well worth seeking professional help to change the layout, function and look.

One Bethlehem couple had an under-utilised scullery area next to their kitchen which was separated by a wall and doorway. They love to entertain and wanted their kitchen to be a focal point – somewhere friends and family could gather around a floating island bench and where beautiful glassware and kitchenware could be displayed.

The logical solution was to knock out the wall and enlarge the space so they engaged Sean Wood at Creative Kitchens & Interiors to design, manufacturer and install an entirely new kitchen.

“Everything was moved,” Sean says. “Nothing’s in its original place. There is no standard model when it comes to kitchen layout. It all comes down to personal preference but anything really can be achieved within the boundaries of your imagination.”

Sean collaborated with Rachael Hackett-Jones of Rubix Design Collective to come up with a user-friendly layout that also created some genuine wow factor.

“The clients wanted simplicity and clean lines without getting too fancy,” says Rachael. “It had to have a functional element as well so everything could have its place.”

Parameters such as external walls will always govern any re-design but there are plenty of ways to review the space to make it more functional, says Rachael.

“Even though we opened up the whole kitchen and scullery area, we were defined by the existing wall and return of the bench so it was still quite a tight space. But having a floating island was important to them as it brings people together and is an entertainment hub. It doesn’t matter how many spaces you have in a home, everyone congregates in the kitchen.”

Rachael says it’s important to ensure a floating island remains in proportion to the size of the room. This particular island has an American White Oak frame extension on one side so bar stools can tuck underneath. The main sink and dishwasher have been incorporated into the island while a smaller, secondary sink can be found along the far wall.

“That was specifically designed so someone could make coffee and organise drinks and not interfere with the remaining space.”

A bar fridge sits underneath the bench and a coffee machine is within arm’s reach. Directly above is a stunning hanging gantry made from American white oak timber and brass to showcase the couple’s glassware.

“We then brought those brass accents through into the handles on the lacquered cabinets and drawers.”
The exception is the bespoke solid American White Oak handles that grace the front of the American White Oak veneered pantry doors.

“We wanted to give strength to the space while also being mindful of a budget. These custom-designed handles were an easy way to add some flair. There is a groove behind each one which allows space for your fingers to grab hold and pull the doors open.”

American white oak was also used on two shelves inset into a kitchen nook. The timber complements the couple’s wooden dining table that sits nearby and can create a diverse range of looks.

“It’s hard-wearing and you can stain it different colours. American oak also takes on the colour more generously than other timbers – that’s the beauty of what you can do with one material,” says Rachael.
Rachael says true craftsmanship is the key to creating an impressive kitchen.

“I don’t think people realise just how much goes into working with timbers and different mediums. Sean and his team custom-build everything and the finished result is a work of art.”

That meticulous attention to detail extends to what’s behind the lacquered façade of any cabinet or drawer, Sean explains.

“If you pull open the cutlery draw in any Creative Kitchen & Interiors’ project, you’ll be greeted with bespoke cutlery trays and knife blocks usually crafted from solid timber.

“Whenever we do a kitchen, we always give the clients something they’re not expecting. We could buy a plastic moulded cutlery tray and slip it in there but we never do.”

To finish the overall look, the Bethlehem homeowners opted for white brick tiles for their splashback and a benchtop made from engineered stone. A gas hob was installed along the back wall, while an oven tower (including microwave) has been built into the classic white cabinetry.

Finally, new laminated oak flooring was laid throughout the kitchen and former scullery. It is one example of how a re-work cannot be done in isolation, Sean says.

“Remember that lots of things will be compromised – you’ll often need new plumbing, new wiring and flooring. Nothing’s hard, it just gives you a different set of challenges.”

That’s why both Rachael and Sean recommend engaging professional help to design, plan and execute the re-model of any space. “A designer can look at each area objectively to see what space you can maximise,” Rachael says. “And when you work with the right people, it becomes seamless.

“The added value of a well-designed kitchen isn’t limited by the physical size of the space either. People think it’s expensive to use a designer but it’ll save time and money in the long run. By dealing with an expert, you can cut to the chase.”