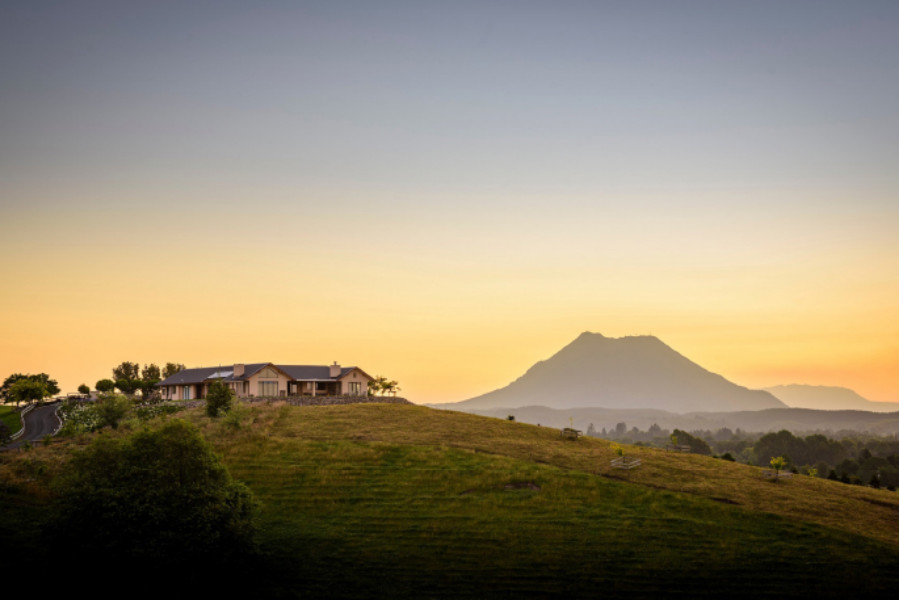 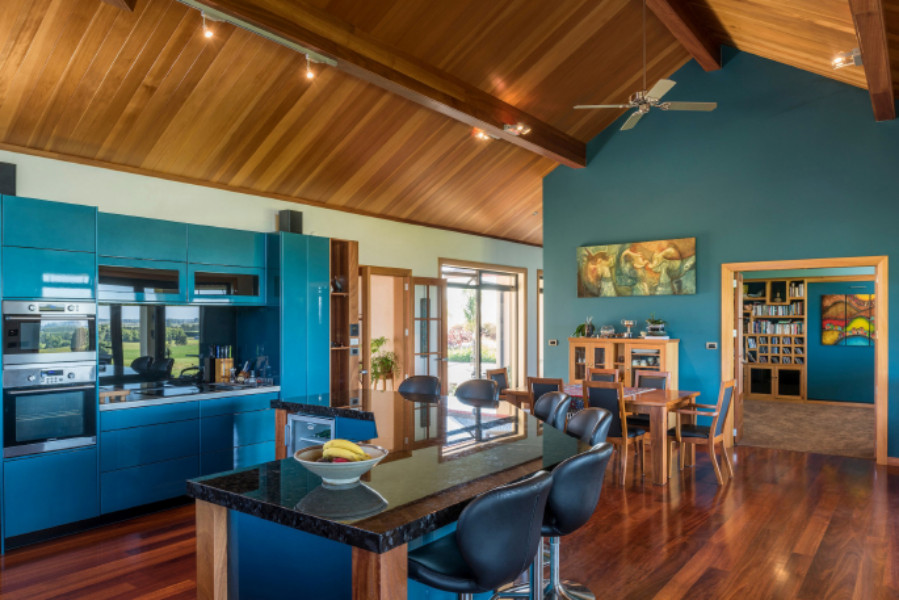 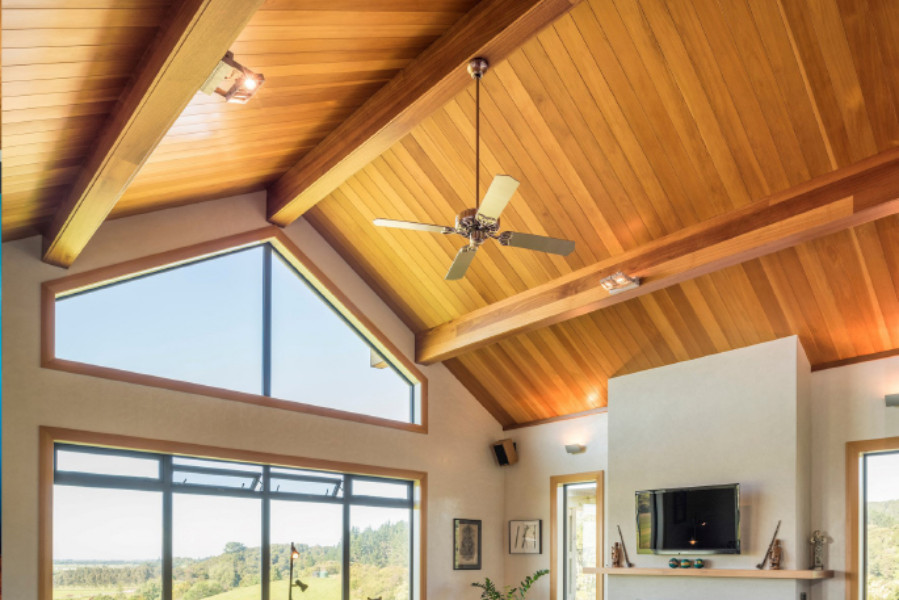 Often when we move to a new home, we wish we could take a piece of the property we have left behind with us.

That’s exactly what Viv Barr did in 2012, when she and her husband used historically significant timber to build a new home at Awakeri, on their dairy farm runoff.

The home – a unique build, incorporating hebel block construction – features the heavy use of timber harvested from their home farm, located just 3km down the road and part of the family since 1908.

“When we decided to build we wanted to take a piece of the farm with us, and timber seemed like a wonderful way to do that,” says Viv.

The build incorporated two species of timber: Eucalyptus saligna and Cupressus lusitanica, which was felled, kiln-dried and stacked by Bill Clark of Gumfields.

The eucalyptus, planted by Viv’s husband’s grandfather, was harvested at an incredible 90 years old and used to create the home’s floors, ceiling beams, kitchen trim, internal doors, and bathroom joinery.

The lusitanica, harvested at 35 years old, was planted by Viv’s father-in-law and her husband and used in all the architraves around the doors and windows, and joinery in the living room.

Bill Clark of Gumfields from nearby Onepu felled all the trees, kiln dried them, stacked them, and as the Barrs’ agent, sent the eucalyptus to be tongue-and-grooved to be used as flooring.  The timber took between five-eight years to dry.

The home was architecturally designed by Mia Jenkins, formerly of Carling Architects. Viv says she went to them with plenty of ideas in the pot.

Position
“The position of the house was to be entirely governed by the view,” says Viv, referring to the panoramic outlook taking in the Rangitaiki Plains and a glimpse of the Raurimu Islands from the front of the house, and Mount Putauaki from the rear.

“I wanted to be able to enter from the back of the house and see out from the front, to take advantage of the amazing view.

“We also wanted to be able to sit at the dining table and look at Mount Putauaki.

“We decided on the raked ceiling to give the feeling of space, and so we could use the timber we had put aside.”

Whakatane builder Shane Wilson took on the project and construction on the home started in 2011, taking just over a year to complete.

Viv says Shane has a reputation for building more unique homes. “I think he loves the challenge of doing something unique – although I don’t know if he’d rush out and do something like this again anytime soon!”

The major construction material was hebel block: aerated concrete block that is one-seventh the weight of concrete and celebrated for its thermal properties.

The blocks were braced with rods and 10 tonnes of plaster was applied to the interior and exterior of the home; a task that took one plasterer five months to complete.

To break up the monotonous white plaster and timber tones, Viv incorporated a liberal amount of colour throughout the home.

“I just love colour,” says Viv. “I couldn’t imagine the house just being white and timber; it’s just not me.”

Various shades of dye were mixed with the interior plaster to complement the seven pieces of art Viv brought home from South America just before construction started; each room is a different colour and showcases a different piece of art.

The result is a home that celebrates a meticulous attention to detail; and an undeniable ‘wow’ factor has been achieved, but without a hint of pretentiousness.

“I’m so happy with how our home turned out…I can’t think of anything I would change about it.”

Sadly Viv’s husband passed away in 2014, but she decided the home was too lovely not to share with others; so she opened one wing of the house as a self-contained B&B.

Rewarding
Viv says growing your own timber is very rewarding, though often it is the following generations that benefit. “Even if we hadn’t used it for ourselves, there is the possibility it could have been used for our kids, or our grandkids,” says Viv.

“We have more timber harvested and drying on the home farm. About 11m3 of 35-year-old Tasmanian Blackwood, which is ready to sell.”

Viv’s new home and property has also been the subject of a Farm Forestry NZ field day.

A group of visitors visited the home farm to see the eucalyptus, lucitanica and Tasmanian Blackwood woodlots, all of which are coming to maturity.

This was followed by a look at the stacks of drying Tasmanian Blackwood, with miller Bob Gardiner and Bill Clark discussing the drying and marketing of the wood, before spending time at Viv’s home to see the application of timber as a building feature.